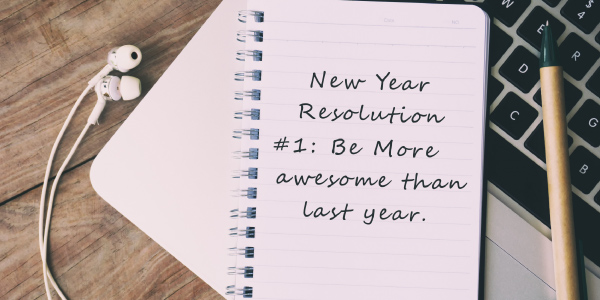 How are you going with your New Year’s Resolutions?

Its nearing mid January, and that has all of us here at Atticus Health considering our New Years resolutions. The ones we made and have kept, the ones we have already broken, and the ones we wish we started but really never thought we would, no matter how pure our intentions were.

What were your New Years resolutions?

We have come up with some that we think are the only ones that really matter and are actually doable!

We all deserve to be happy. But what does that mean to you? Taking more trips? Trying new things? Spending time with friends and family? Be clear about what you want to do and go from there. Some of us have decided to just try make some more time for ourselves. Be it a relaxing bath once a month, 30 minutes a week where you finally get to read that book you’ve been thinking about for ages. Making that long overdue phone call to a dear old friend. Do what makes you happy and DO MORE OF IT! If you need help reducing stress so that you can relax and focus on the things that matter, book in with your Atticus Health GP and we’ll get you started on a plan for you to ENJOY your life more, you deserve it.

Let’s be realistic for a second: you’re probably not going to go to the gym every day and eat only vegetables. Not only is that setting the bar a bit high, but it’s unnecessary. Start with something a bit easier, a walk every other day instead of the bus, or instead of meeting friends for a coffee, go for a walk instead? When choosing your food, just try and maintain a healthy balance, and not overdo the sugary stuff. You feel better when you eat better, and you’ll eat better when you feel better. Make one good choice every day and it will get easier each day. Just look after your health, and if you decide you want some help along the way, book in with our GP and our exercise physiologist, we believe in you, its time for you to believe in yourself too.

Choose something different, something you’ve had your eye on FOR AGES, or something that’s just a little bit out of your comfort zone. Set aside some time each week to work on it, and remember that learning something new is a gradual process. Even if you try it, and a few weeks in, you realise its not for you? Amazing! You tried it and you now know, rather than always wondering! Now you can try the next thing with no regrets. Or maybe there was an element of a new hobby you like, but not the whole concept of it, so just take pieces of it that you want to continue with and work them into your life slowly, just make sure to enjoy yourself.

Something A LOT of the doctors here would be happy to hear you getting on board with., you want There are lots of ways to go about it. Find out what works for you and put some systems in place to help you give this habit the flick. It can take a while to quit successfully, so don’t feel too bad if your first attempts don’t work; just stick at it. You can ask your Atticus Health GP to help you quit smoking and you can work out a plan together. Good Luck!

It can be so hard to keep tabs on your hard-earned cash. One minute it’s there, the next it’s gone. Try out apps that track your cash, so you can see where it is you’re spending the majority of your money, and figure out ways you might be able to cut back on that.

These are just some of the things we’re keeping in mind for the continuing months, so feel free to hop on the bandwagon with us! Just DON’T be too hard on yourself if you don’t stick to them, we’re all only human. Just take a break and try again, tomorrow is always a new day, you do not need a new year for a fresh start.

The below are some amazing snippets from a GREAT New York Times article:
Click here to read the article in full https://www.nytimes.com/guides/smarterliving/resolution-ideas

“A lot of resolutions fail because they’re not the right resolutions. And a resolution may be wrong for one of three main reasons:

Your goals should be smart — and SMART. An acronym coined in the journal Management Review in 1981 for specific, measurable, achievable, relevant and time-bound. It may work for management, but it can also work in setting your resolutions, too.

If you’re trying to form or break a habit, Mr. Duhigg suggested breaking down that habit into its three parts: a cue, a routine and a reward.

Way to change the behaviour: Instead of checking Twitter, get up and talk to a colleague.

Routine: I smoke a cigarette.

Way to change the behaviour: Instead of smoking a cigarette, replace the stimulus with something else, like coffee.

Bad Habit: I don’t get enough sleep at night.

Cue: I feel like I need time to myself in the evening.

Routine: I stay up too late watching TV.

Way to change the behaviour: Instead of staying up late to watch TV, carve out special time each day to spend by yourself, even if that may mean asking for help with your children or taking a break from work each day.

But while your plan should be realistic and encouraging, it should also allow for inevitable hurdles that are going to crop up. Pauline Wallin, a psychologist and author of “Taming Your Inner Brat,” said any resolution plan should include room for mistakes. “You’re there for the long haul. You have to expect slip ups,” she said. “There will be times when you will say, ‘I’ll make a mess of things and I’m just going to start again tomorrow.’ Don’t berate yourself. Focus on what you’re doing good for yourself rather than what mistake you made,” she said.

So before hurdles get in your way, make sure you have a plan to jump over them. Here are a few common problems people face in achieving their goals:

It’s too much and I have so far to go. A perceived lack of progress can be frustrating. Dr. Wallin suggested focusing on whatever the smaller number it is: your progress, or how much you have left to do.

This “small number” technique is based on a 2012 study published in The Journal of Consumer Research that found that focusing on the smaller number in reaching a goal kept people more motivated. So, for example, if you want to run five miles, which of the following thoughts is more likely to keep you going?

Try to be positive, but realistic. Yes, imagine the goal or positive fantasy, but then look at what obstacles are in the way and how to get over them. Dr. Oettingen calls this technique W.O.O.P. — Wish, Outcome, Obstacle, Plan.

You may find online support groups and forums (on Facebook or not) full of people who are reaching for the same goal. But real life groups can help too. Mr. Duhigg said that one reason Alcoholics Anonymous (and other Anonymous groups) works for a lot of people is, first because it’s a community, but also because there’s a belief in something else that isn’t necessarily God. For example, people have used a belief in a general higher power, even in nature, to help them achieve their goals.

“Belief is a metaphorical muscle that with practice gets strong and easier to use,” he said. “Ultimately people who are looking to change a really alluring and destructive behaviour like alcoholism need to believe in the capacity to change.” Support groups can help because it’s a group setting with a lot of social reinforcement and features examples of people who have changed.

Want to try again? Remember, new years resolutions doesn’t need to be tied to New Year’s. “It can be following a weekend, following a birthday,” she said. So if you missed your New Year’s goal, you can start again tomorrow, on a Monday, after Valentine’s Day or any marker that means something to you, just as long as you’re ready to give it another go. It won’t guarantee success, but you don’t need to wait until another year comes around on the calendar to give it another go.

And be kind to yourself. “We talk in much harsher tones to ourselves than we would to other people,” said Dr. Wallin. “We wouldn’t say to a kid trying to learn something ‘that’s so stupid’ but that’s how we talk to ourselves.”

When resolutions run off the rails or fall apart but you still want to try again, talk to yourself like “a child who’s feeling discouraged. You wouldn’t say ‘that’s because you’re an idiot.’ You would say ‘come on you can do it.’”

Best of luck with all of your New Years resolutions that you still have going and those you still have a chance to make. REMEMBER IT DOESN’T HAVE TO BE A NEW YEAR TO MAKE A CHANGE. You can do this, just look after your health, and be happy. 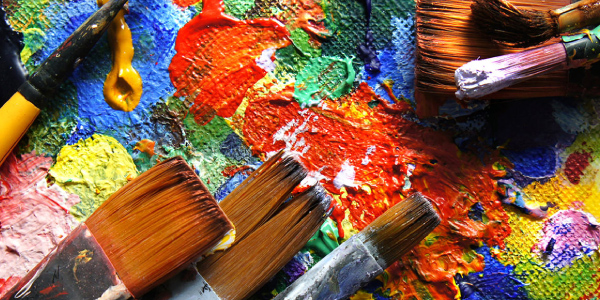 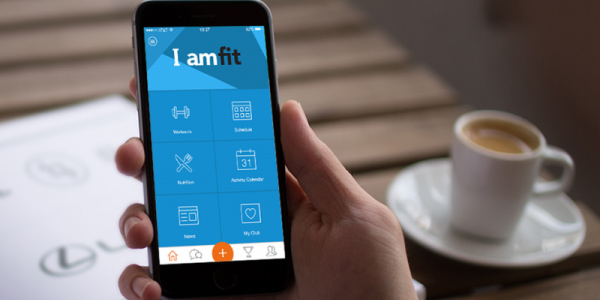 Fitness apps for the new year