I recently met a fellow GP at a dinner.  I hadn’t seen him for a long time and so he asked me – “Hey Floyd, how you doing?”.  And my response – “Yeh not bad, just trying to get through my mid life and not become an arsehole”.

A bit harsh?  Maybe but true.

When I was a kid I did some dumb things.

I passed out and got dragged home in the back of a divvy van, to sleep it off in the bathtub.  Etc.  You know the drill.  Not perfect.

Last year we made an ambitious trip to Noosa.  My wife had a wedding which she was in the bridal party.  We all decided to drive.  We left Melbourne on Wednesday, headed for the wedding at Noosa on Friday, to get back to Melbourne by the Sunday, ready for work/ school on the Monday… right?  I know – a bit full on.  But all was going well.  We made the wedding, stopped off to see my bro in Brissie, had great Chinese food in Goondiwindi on Saturday night… brushed our teeth even on the main street, hopped in the Kia Carnival and started to drive.

There were lots of things to see crossing the road, including little fur-ball mice, which amazed me.  And of course, kangaroos,  as you’d expect.  I got pretty good and looking out for them, yet keeping going.  At about 6:30am, somewhat just after dawn there were a group of roos.  I slowed down, they watched, and then a crazy one with seemingly a death wish jumped straight onto the road and bang (a small bang mind you) – I hit it.  And the kids knew it.  They looked back, to see it limping away and they said “dad, go back, we need to take it to the vet”.  I said, “I can’t, hopefully the car’s ok and we’ve gotta keep going.  It’ll be too hurt to live”.  And of course, in the throes of receiving my moral critique I didn’t see the temperature rising on the dash gauge.  Not until smoke started to pour out of the bonnet .  Yep, the radiator was cactus and I quickly pulled over.  We were in a “no network” zone.  Fortunately the GPS worked, so I quickly took a screenshot of that to capture our location.  I called triple 000 and thanks to the very helpful police officer, organised a tow truck and we finally made our way to Jerilderie, NSW.  Fortunately, with some of our left over Chinese food.   The car – eventually a write off.  The kids in the tow truck, me with the copper.  The kids, almost in tears, explained to the tow truck driver how we’d very sadly hit the roo.  Stuart, the driver, said, “roos, I hit about 5 a week.  Glad I got a big grill in front, so I can just keep driving”.  After they told me the story, I said, “yeah, the next time we drive, we’ve gotta have a big bull bar”, and the kids said – “but dad, that’ll hurt the kangaroos even more”.  Hmm.

I grew up with crazy pets, and in keeping with what my wife would tell me in during any real “fight/ argument” “Floyd, you’ve always been trying to recreate your childhood in our house!”.  So – we have some crazy pets at home, I admit.  Presently a dog, a parrot, guinea pigs and now a “pet” ringtail possum who walks the house as if he pays the rates.  But anyway, about the parrot “Skittles”.  Now I wasn’t meant to buy a bird, because my wife was a bit anti caged birds.  So, of course, after years of depravation I cracked and took the kids to a pet shop one day.   We looked at all the options and came home with – you guessed it, a parrot, cage, bell, swing and anything else they wanted to up sell me.  My wife is a beautiful person and stayed with me none the less, realising I’m still a kid… who she loves and hates all at once!  (Nat – you do still love me despite the bird right???)  Anyway, as a compromise about the “cage”, we didn’t clip Skittle’s wings, instead we let her fly around the house, then into the backyard at times, and we’d be able to coax her back.  But one night, we all came home entering the front door, and within a flash Skittle’s flew out.  It was dark.  My kids pulled out every torch they could, and looked in every tree they could.  Their hearts were broken….almost.  And my response, after remembering the galah I’d bought from Vic Market all those years ago which flew away and never came back, “Skittles is gone guys, she’s probably been eaten by a cat, she doesn’t know how to look after herself/ himself” (you know the issue about never quite being sure with birds).  I tried to get my kids to “accept the real world”.  But they didn’t.  They hopped on their iPads and created posters – “Lost, Parrot – Skittles, $100 rearward”.   The next day they put those posters up everywhere around the neighbourhood.  I kinda felt sorry for them, but shut up, knowing that I’d been such a sad sack the night before.  I went to work.

I got a call that afternoon from my son, “Dad, someone saw Skittles at the corner of Edward Street.  And, someone else called and said that they were walking their dog and she sat on her shoulder for 10 minutes before flying into a big tree”.  They were on a wild orienteering trip around the streets, following all the clues they had gathered.  But nothing.

The next day, late afternoon, we got a call from an animal emergency centre a couple of suburbs away – Skittles was alive and safe (and quiet and scared)!  A family was playing in a park, she played with them, they caught her and handed her in.  Good souls.  I was flabbergasted.

The other night there was a big storm – funny that in the middle of summer.  Reminds me of living in Queensland.  We had just put the kids to bed, and I was sitting upstairs when on the outside of the window – I saw 3 baby ring tail possums hanging on the window frame.  I had no idea how they got there, not many trees around.  But, I could only think that they fell off their mother’s back.  We woke the kids and brought them up to see.  Two of the possums crawled away, heading towards mum who was on the flat roof nearby.  The third one sat on the window frame, curled up like a field mouse – almost round. It didn’t really move.  Fear? Sickness? Just the runt?  The kids watched, I got a bit bored so turned away.  Then I heard a loud “Dad, there’s a cat!”.  I looked back.  It was true.  There it was – orange and white, all stealth and ready to pounce.  It was about to unfold.  Survival of the fittest, no David Attenborough, but 5 kids and 2 confused parents.  Right, I had to stop the bloodshed.  I couldn’t just watch this happen.  Sorry David.  So, I opened the window and tried to get through.  My sternum stopped me. My wife tried the same – her boobs stopped her.  I got out onto the balcony, climbed onto the roof and grabbed the possum.  That all sounds more heroic than it is – I’m a failure at coping with heights – it was a simple job really.  But effective.  The possum had been saved from Cringer/ Battle Cat (He-Man fans will appreciate).

We unwrapped the thing to see that it had one blurry looking eye and one good eye.  Ok, it’s name was born “pirate”.  Pirate’s been eating pears, and more pears, and more pears.  His eye cleared up, but he’s still Pirate.  He’s a he – it’s easier to tell with possums.  But the question was – how would Frozbie, our rather large Australian Shepherd dog react?  After all, he’s basically a cattle dog – surely killing anything that looks like a mouse is in the breed/ job spec.  We tentatively watched Frozbie sniffing Pirate.  The jaws of life or death – nearby.  With a bit of training – some progress.  Again, the kids kept the faith throughout.

Now of course possums are nocturnal.  So Pirate basically sleeps all day, and comes out at night, raids the kitchen (mainly pears) and eats all our previously aesthetically pleasing indoor plants.  One funny thing – there’s a delicious pot plant near the piano and at night  you can distinctly tell what Pirate’s up to because there’s a “ghost” who plays the piano sometimes!

Anyway, so we just had to “trust” everything.  And so, we went out the other night and came back late.  What did we find – Pirate saturated in dog saliva.  Possum dreadlocks.  Yet, he still chooses to sit on the dog bed with Frozbie.  Snuggling.   Best buddies.  Again, I’m flabbergasted.

So, going back to my thoughts.  When I was a kid, I was optimistic, trusting, and put life and love before “practicality”.   Then I grew up, and life experience jaded me at times.  Repeatedly.  And, more worrying, I started to buy into the notion that life was about survival, underpinned by having enough money.  Money is important, don’t get me wrong.  I don’t want to be frivolous.  But when you’re a kid – you don’t live to survive and make enough money etc.  That’s not the point of your life.  You’re born too wise for that.  You really live man. You love. You laugh. You cry.  You believe in Santa.  You shed a tear for road-kill.  You play with your friends and family.  You draw, you paint.  You sing.  You imagine.  You believe in the good of mankind (dog kind, possum kind).  You’re there for the people around you. You wish up on a star, and so put up posters to find your lost pets, even when the odds are one in a million.  You don’t start wars for the sake of the economy.  You’re oblivious to status.  Admittedly…you also do some dumb things along the way, and sleep it off in the bathtub.

So, going back to my rather random comment to my GP colleague about becoming an arsehole as an adult.  I meant it.  Remember, each one of us was born cool.  We turn into “survival machines”, but we were born free and cool.  Don’t ever let go of that.  For Skittles sake!

Merry Christmas everybody and may your New Year be something truly special ? 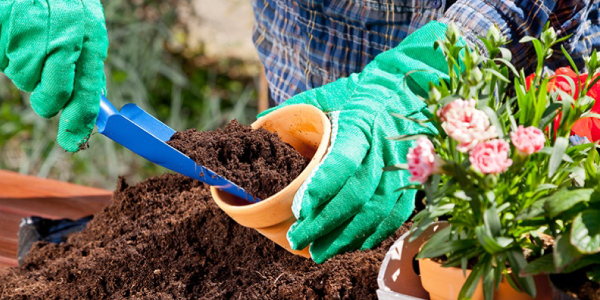 Spring Into the Garden: How Gardening Keeps Us Healthy
PREVIOUS ARTICLE

Atticus is an award winner!